WOW!! This kid has more personality than many people will ever have in their lifetimes...and he is 11!!

People are always quick to say...(hypothetically speaking)..."he/she is a kid...what do they know about life??" This interview goes to show you that we should not underestimate the aptitude of children. People are what their experiences has brought them to. I think Aaliyah coined it best, even though her intentions may not have been where they were supposed to be: "Age ain't nothing but a number".

Posted by ant thomas at 7:16 AM No comments:

Article by Chris McGreal (I would like to speak with the people at Brandeis who did this study, this is very intriguing)

A $95,000 question: why are whites five times richer than blacks in the US?

A huge wealth gap has opened up between black and white people in the US over the past quarter of a century – a difference sufficient to put two children through university – because of racial discrimination and economic policies that favour the affluent.

A typical white family is now five times richer than its African-American counterpart of the same class, according to a report released today by Brandeis University in Massachusetts.

A quarter of black families have no assets at all. The study monitored more than 2,000 families since 1984.

"We walk that through essentially a generation and what we see is that the racial wealth gap has galloped, it's escalated to $95,000," said Tom Shapiro, one of the authors of the report by the university's Institute on Assets and Social Policy.

"That's primarily because the whites in the sample were able to accumulate financial assets from their $22,000 all the way to $100,000 and the African-Americans' wealth essentially flatlined."

The survey does not include housing equity, because it is not readily accessible and is rarely realised as cash. But if property were included it would further widen the wealth divide.

Shapiro says the gap remains wide even between blacks and whites of similar classes and with similar jobs and incomes.

"How do we explain the wealth gap among equally-achieving African-American and white families? The same ratio holds up even among low income groups. Finding ways to accumulate financial resources for all low and moderate income families in the United States has been a huge challenge and that challenge keeps getting steeper and steeper.

"But there are greater opportunities and less challenges for low and moderate income families if they're white in comparison to if they're African-American or Hispanic," he said.

America has long lived with vast inequality, although 40 years ago the disparity was lower than in Britain.

The rest is divided up among middle and low income Americans. In that competition white people come out far ahead.

Only one in 10 African-Americans owns any shares. A third do not have a pension plan, and among those who do the value is on average a fifth of plans held by whites.

Shapiro says one of the most disturbing aspects of the study is that wealth among the highest-income African-Americans has actually fallen in recent years, dropping from a peak of $25,000 to about $18,000, while among white counterparts of similar class and income it has surged to around $240,000.

In 1984, high-income black Americans had more assets than middle-income whites. That is no longer true.

"I'm a pretty jaded and cynical researcher in some way, but this was shocking, quite frankly, a really important dynamic," said Shapiro. "This represents a broken chain of achievement. In the United States context, when we are thinking about racial equality and the economy we have focused for a long time on equal opportunity.

"Equal opportunity assumes that some people who have that opportunity are going to have pretty high achievements in terms of their jobs, their work, their income, their home ownership.

"The assumption in a democracy is that merit and achievement are going to be rewarded and the rewards here are financial assets. We should see some rough parity and we don't."

The report attributes part of the cause to the "powerful role of persistent discrimination in housing, credit and labour markets. African-Americans and Hispanics were at least twice as likely to receive high-cost home mortgages as whites with similar incomes," the report says.

Although many black families have moved up to better-paying jobs, they begin with fewer assets, such as inheritance, on which to build wealth. They are also more likely to have gone into debt to pay for university loans.

"African-Americans, before the 1960s, first by law and then by custom, were not really allowed to own businesses. They had very little access to credit. There was a very low artificial ceiling on the wealth that could be accumulated. Hence there was very little, if anything, that could be passed along to help their children get to college, to help their children buy their first homes, or as an inheritance when they die," said Shapiro.

Since the 1980s, US administrations have also geared the tax system to the advantage of the better off. Taxes on unearned income, such as shares and inheritance, fell sharply and are much lower than taxes on pay.

"The more income and wealth people had, the less it was taxable," said Shapiro.

There were also social factors, the study found. "In African-American families there is a much larger extended network of kin as well as other obligations. From other work we've done we know that there's more call on the resources of relatively well-off African-American families; that they lend money that's not given back; they help cousins go to school. They help brothers and sisters, aunts and uncles, with all kinds of legal and family problems," said Shapiro.

Venting On My Soap Box

This is not really surprising to me...it is sad, but not surprising.

The good thing about it is that some children are noticing change, which must mean that our world is changing. But at the same time...I noticed that it was the older children who tended not to see the differences. I am willing to hypothesize that they learn that it is the right thing to say. And those younger children who recognized that a particular skin color is superior...they're responses more so represent what society is because they are completely unbiased. Children are exposed to life and make their decision on what skin is more beneficial to have, but then the further they are pushed into adulthood, the more people are taught to believe everything is equal. MLK is used as a tool to teach children everything is alright and as one of my previous articles mention everything is not okay. To feel this way influences people to ignore what is going on in our world...addressing problems with fear is better than convincing yourself that there is not a problem that needs to be addressed.

The only thing I watch on television...Here is Uncle Ruckus...I hope these people calling were fakes...because ignorance is airborne and many humans have not built up the antibodies to fight it...people do not understand the art and political angle of the genius in Aaron McGruder

Posted by ant thomas at 8:36 AM No comments:

I SWEAR THIS BEAT IS SO DOPE I ALMOST CRIED!!

Just Blaze and the Blazettes!!
Posted by ant thomas at 7:19 AM No comments: 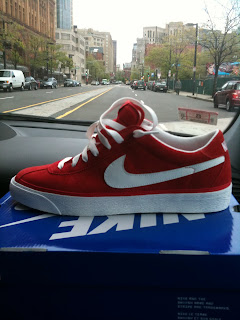 Posted by ant thomas at 8:19 AM No comments:

I got this off of DJ Real P's fb fan page

To Have & To Hold - Taster Tape from Jony Lyle on Vimeo.

Using his talent to attack the social classes of America.

Posted by ant thomas at 6:19 AM No comments:

Salute to the Victors

Posted by ant thomas at 5:31 PM No comments:

All Eyes On Me

Posted by ant thomas at 5:30 PM No comments:

Posted by ant thomas at 2:30 PM No comments:

The beat is fucked up...but it don't even matter...indulge and enjoy

Posted by ant thomas at 2:27 PM No comments:

Dreams of Making Something Out of Nothing

Posted by ant thomas at 2:22 PM No comments: 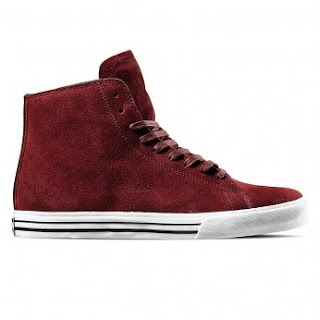 I'm probably wrong for posting this...BUT THIS IS HILARIOUS

Hilarious: this is a a video game version of the fight that happened on the bus.

Okay...ok...I'm pretty sure everyone has seen the original youtube classic of this video. If you haven't...here's a short story on what happened:

50 year old super gangsta black dude only caught half of the conversation and thought the white guy was being racist, and asked him, "why a brother (black man) got to spit shine your shoes"

White dude said he's not prejudice he could be a china man all he cares!

Black dude starts getting on some super gangsta shit...old white dude told him you fucking with the wrong white boy cuz this one will kick you ass

Black dude proceeds to be a supa gangsta and goes to slap the white dude...only to get his ass whooped!!
Posted by ant thomas at 10:25 PM No comments:

Method Man, Ghostface, & Raekwon speak about the state of Hip-Hop

I can appreciate this. For a rapper to think that lyrics don't matter is CRAZY!! But at the same time...I think Jay-Z said it best..."I dumb down for my audience to double my dollars, they criticize me for it yet they all yell 'holla'! If skills sold, truth be told, I'd probably be, lyrically, Talib Kweli, Truthfully I want to rhyme like Common Sense; (but I did five mil more) and I ain't been rhyming like common since. When your sense got that much in common and you've been hustling since, your inception, fuck perception go with what's makes sense, and since I know what I'm up against, us as rappers must decide what's most important"

I don't think all rappers truly take lyrics for granted...and if they do...that's sad. I think they are just giving realistic evaluations of themselves. But longevity tells who should be around and who shouldn't. Consistency...and history shows guys only get better...or disappear.
Posted by ant thomas at 10:01 PM No comments:

My bro Tyrone put me on to these...now I need them in my life

They call these the Clae Pavement's 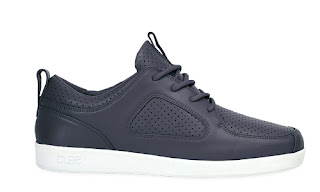 They call these the Clae Ruby's 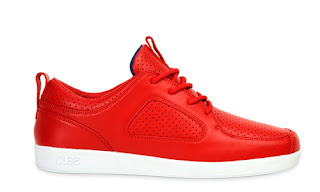 Judge Mathis dropping knowledge...times will change because of efforts as such

I enjoyed this...the advice stuff towards the end wasn't too enticing...for me at least

This beat is CRACK

The Things I Think About as Graduation Approaches

As people we reach many moments in our lives that are crucial. Errors in decision making can be devastating. Even when we are making all the right moves we are still tested. The weak cower and make excuses. It is okay to be weak, but in very small dosages because weakness is a sickness that can overcome a person. Opposed to weakness, of course we must have strength; the strength to be resilient and to always thrive at reaching our potential despite the difficulties of the course of life. And potential can never be reached; if it is we are setting the bar too low for ourselves. With the fight we must also have appreciation and satisfaction and pride. When we give something our all and we know that we did our best we have every right to look at what we have accomplished and be proud. Shit, we can even be proud of our shortcomings, unfortunate situations give us time to think and reevaluate ourselves. And let’s face it…without fucked up shit happening our lives would be pretty boring. Pain and suffering contributes to our lives just as much as success and progression; we just have to keep a healthy balance. Obviously the balance leaning a lot more towards success and progression.

I can use some of my own advice.

Ant Thomas
Posted by ant thomas at 8:07 AM No comments: