We should feel responsible?

Feel free to look up these accounts yourself to hold me accountable. In 1999, 23 year old Amadou Diallo, a black immigrant was shot at 41 times to his death on his doorstep, because his wallet was mistaken for a gun. In 2006, 23 year old Sean Bell, a black man was shot at 50 times to his death in his car on his wedding day; the defendants claimed self defense, but no gun was found in the car. In 2008, 22 year old Oscar Grant, was killed execution like, one shot to his back while he was face down on the ground. September 24, 2009, Derrion Albert, a sixteen year old black boy was caught in a brawl and was brutally beat to death with kicks and wooden planks. There are a lot of commonalities in each situation. The first three killings were committed by officers, the officers in Diallo and Bell’s case were acquitted, and the second two are videos on YouTube. Before you look at the videos please prepare yourself to watch these brute acts and to feel responsible for these situations as a human being, because you should.

I do and it is extremely difficult not to let my emotions overpower me and sensibly write an article. I too have lost a friend and a cousin to violence. Growing up in what everyone calls “the hood”; I have a special relation to these situations. My appearance and presentation of myself makes it very hard to tell, but with slight variation I have been in each of the situations that are presented in this article. I have been in countless negative interactions with the police, countless fights, and a few brawls. I never thought about them being life and death situations, especially in fights; being harassed by police and getting into fights were normal. Was it normal for you? Whether it was or was not normal you should feel responsible as a human being for the police abuse and violent streets flooding the major cities of your United States of America.

The reason you should feel responsible is that your tax dollars employ police and fund violence prevention initiatives or the lack there of. It is easy to chalk it up and say the parents need to do a better job at home. Which I do feel is very valid, but a parent and their household are completely out of the realm of a single person’s control. Also in a perfect world parents are supposed to be at work from nine to five, which means eight to ten of those hours (depending upon the commute of the parent from their workplace to home) is spent away from their children. Leaving the child in school for six hours, and either in an after school program or unsupervised for two to four hours. These precious moments can be used for the progression or the destruction of a child and we have a responsibility to every child at the very least within this country. Because education and after school programs are dually funded by tax dollars and private donations. I can only speak for myself, but I think it also applies to the vast majority when I say most of the negativity that occurred in my life happened out of the supervision of an adult.

What can we do? Instead of ignoring, being oblivious, and/or ignorant to the Amadou Diallo’s, Sean Bell’s, Oscar Grant’s, and Derrion Albert’s: we can pay closer attention to where we are putting our money and what it is going towards, we can fund programs, sit on boards, and enforce better practices for the police; so we do not have the guilt as a human being for these frequent occurrences.
Posted by ant thomas at 6:24 PM 3 comments:

THIS PHOTO SPEAKS FOR ITSELF!! 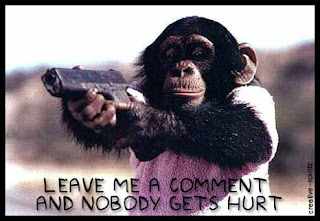 Posted by ant thomas at 6:24 PM No comments:

Kid is gettin it POPPIN!!

My friend Anokhee's pics from when she went to India...I love things that are different...

Where in America will you find a Monkey, Elephant, or a Cow...just chillin on the block?!?! 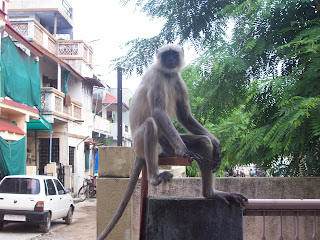 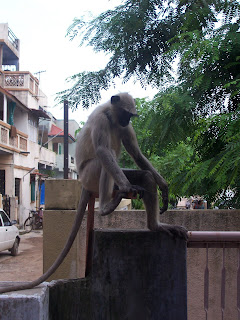 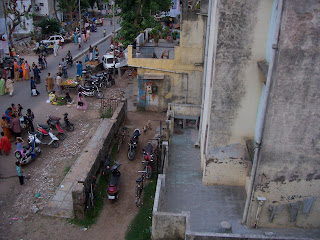 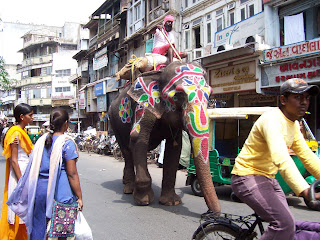 Posted by ant thomas at 5:57 PM No comments:

"C'mon SON!" Series...I found this on my FB news feed and have been a follower ever since...Ed Lover is hilarious!!

Posted by ant thomas at 5:18 PM No comments:

A Random Pic I found on Kanye's Blog...I think it's dope 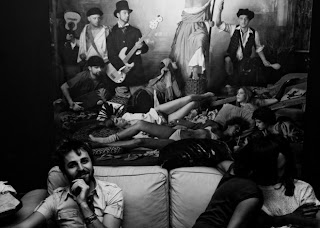 Posted by ant thomas at 5:08 PM No comments:

Is it a turnoff when women pursue men?

For the sake of “the new millennium” and independent women, let us imagine a world with the roles of male and female reversed!! A woman approaches a man trying to muster up her confidence and craftiness of words, only to get completely ignored by the guy. A woman trying to get “the bang for her buck” chugging beer from the draft, but finding a guy who catches her eye, digs a whole in her tab, only to get the ole “I’m sorry I have a girlfriend” excuse. Even something more simple like a girl losing brownie points because she did not hold the door for the guy when they went out on a date. The point I am driving at is although roles in the workforce are slowly changing; roles in relationships are not. The day my girlfriend gets on one knee and proposes to me, I am not only saying no, but our relationship is over.

On a more serious note a tasteful amount of aggression from females is always attractive for me. The happy medium is a plus, like let me pay for our first date, and thereafter I encourage being graced by the perks of the “new” format of relationships. Things such as going half on the bill are nice, and when a lady says she is going to pay for the bill IS SEXY!!

In our new age relationships it is harder for guys and girls to find their appropriate roles. Females being the breadwinners of the households were unheard of as little as fifty years ago, but it is not that unusual now. This alone brings up security issues with the male being that our role was supposed to be completely dominant until now. While males must forfeit some of their power, they also must have a good amount of it, because to completely forfeit you dominance is not respected by females. Although some ladies may not admit it, they like to be with a “man’s man”, not walk around with his backbone letting him borrow it only to walk.

I got this week’s topic, from a book group that is on campus titled “Can we talk here?” The book group will use “He’s Just Not That Into You?” by Greg Behrendt and Liz Tuccillo, to probe relationship discussions. It is a very interesting book not only to me, but it received best seller honors, was featured on Oprah, and there is even a movie about it. Behrendt and Tuccillo are very creative with thinking of brief letters sent to them from females in need of relationship advice and also responding back with a succinct reason why the guy they are wracking their brains about is “just not that into her”.

On this subject matter, Behrendt and Tuccillo advise females that if a guy is not willing to pursue her than she should recognize her worth and move on. As defended before, I think it is more complicated than that, because a female recognizing what she wants and letting it be known can many times be a turn on. Behrendt, Tuccillo, and I agree that relationships are very much still a game when the guy is a chaser and likes this role and the female is flattered and empowered by being chased.

If you are interested in discussing more about relationships and being a part of the “Can We Talk Here?” book group email jwargo@bryant.edu. (For now the group prefers females in the future they are looking to incorporate males).
Posted by ant thomas at 8:34 PM 1 comment:

Think Before You Speak

Kanye West, Taylor Swift, VMA’s. Simply put: hilarious. I almost cried laughing at it on YouTube. Once again, Mr. West has proven that he cannot hold his childish tantrums. Do I feel sorry for the girl? Not at all; she won a MTV Video Music Award and no one can take that away from her. Furthermore, millions of people who had no clue she existed, including myself, now know who she is and she will benefit from the new publicity. Although I appreciated the laugh (I could care less about the situation), it is the reactions from people that really bother me, specifically those on the internet. Due to technological advances, people are now given the opportunity to “comment” on articles, photos, and video clips. In the “comment” boxes people over exercise their “freedom of speech” spewing out as many slurs as they please because no face or repercussion is behind what he or she is saying.

Just to have an objective view on the subject matter, I searched all types of video sites, news and information sites, and I visited various blogs. Fortunately, I found that there was a tremendous intelligence gap in favor of news and information sites opposed to bloggers. The common theme from the variety of sites I looked up is that the vast majority of comments are extremely negative. The brash comments make me wonder, is life really that bad for these people?

Being a computer thug, a computer racist, and/or a computer bigot is not cool. These people need serious help and the scary thing is that we never know if we cross paths with them in our everyday life. Someone is probably reading this article right now wishing they had a comment box so they could tear me to shreds!!

If you are that person, GROW UP!! Arguing with someone who may be in a completely different time zone than you is not cool and arguing with someone that will never have to reveal their face is not cool. When leaving a comment, do not get so upset that you just toss thoughtless lackluster insults that do not do anything but discredit your objections.
Posted by ant thomas at 8:20 PM No comments: