Ant Thomas and Max Exposito Present “Growing Pains”, the poetry video off of the “Only If It Makes Cents” project, on September 12th 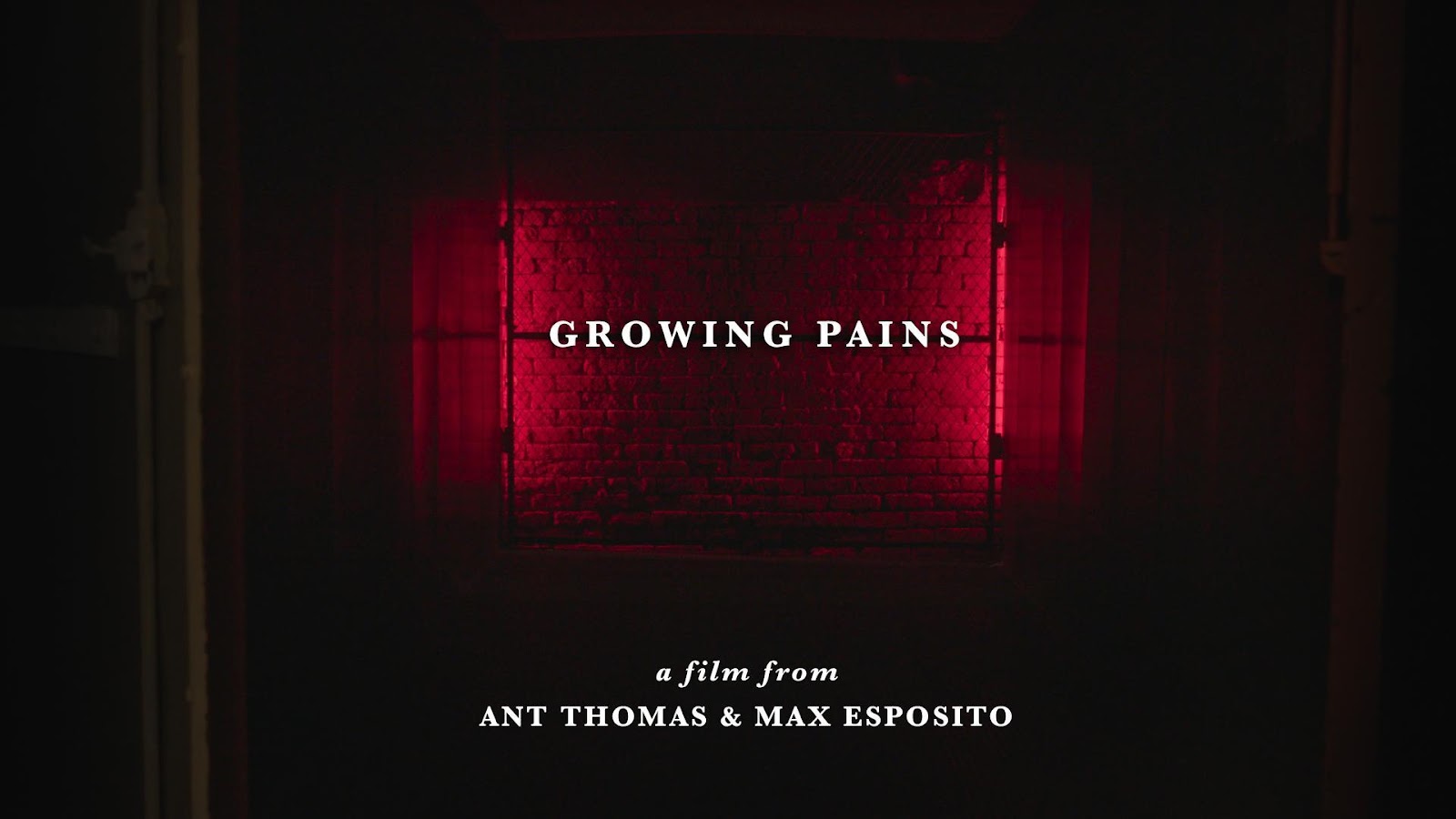 Ant Thomas, a poet and musician from Boston, MA., teams up with Max Esposito, a film producer from Holliston, MA., to present “Growing Pains” on September 12th, the first visual off the upcoming project, “Only If It Make Cents". The abstract video accompanied by poetry and music shows Ant and Max using their experiences and expertise coming from vastly different backgrounds, to start a conversation between cultures that addresses inequalities in Boston. "Growing Pains"; orated over an instrumental produced by Scotty Mac, is the introduction to OIIMC, a project that shares the individual stories from people who are most impacted by the disparities that exist.

In “Growing Pains” Ant tells his story about how he changed his trajectory and did not become the stereotypical product of his environment. Max does a great job at blending the video and lyrics, as tools to encourage a shared vision of all people having the ability to rise up and create their own pathways to success. Ant shares his personal challenges that trap most young people of color like himself, coming from an urban setting. The hope is that people use this short film for inspiration that they too - can change their paths and rise above poor education outcomes, poverty, health, violence, and an inherently classist and racist society. Ant and Max use “Growing Pains” to motivate people to get involved to change their paths and communities, and starts this conversation about what a fair and just society looks like.

In its presentation it is a civically engaged conversation among citizens of a community through film and music. When those with power are often reluctant to listen, OIIMC provides, in unique way, an amplifier to the issues of an afflicted community. As the prologue, GROWING PAINS begins our conversation; an account of how character, with will, can triumph over circumstance - the first step in striving toward a path of success.

Posted by ant thomas at 8:22 AM No comments:


Photo in Artwork by JordanaSoliel

This Poem/Song "Heart Painters" is for promotional purposes only to promote for upcoming project "Renaissance Man 2.0" (RM2).  Ant Thomas plans to release "RM2" this year in 2015, and "RM2" has bold goals of encouraging leaders to give back to communities, and close disparities in our neighborhoods.  This particular title focuses on love and healing. "Let's Paint the World Baby!"


The copyright in this voice recording is owned by Ant Thomas & Thomas Ent. All rights of the manufacturer and of the work prohibited. Unauthorized copying, lending, public performance and broadcasting of the recorded work prohibited.


"Shackles" - YouTube Link
"Dreams of Making Something Out of Nothing" - YouTubeLink

We may not be able to sing
The same tunes
But we all sing
We all read
We all reach, to understand

We listen, to understand


Will you sing and read for me

www.antthomas.com
Posted by ant thomas at 4:56 AM No comments:

POEM: "The American Wake Up Call"

America America
Let’s come together
A rough healing process is better
Then pretending we have it all together.

"The American Wake Up Call"

SOUNDCLOUD | REVERBNATION
Posted by ant thomas at 4:57 AM No comments:

"Renaissance Man 2.0" EP is the shortened audio album version of "RM2" Documentary Film and Music Soundtrack.  "RM2" was put together to encourage leaders and motivate people to give back to their communities.

Posted by ant thomas at 8:06 PM No comments: 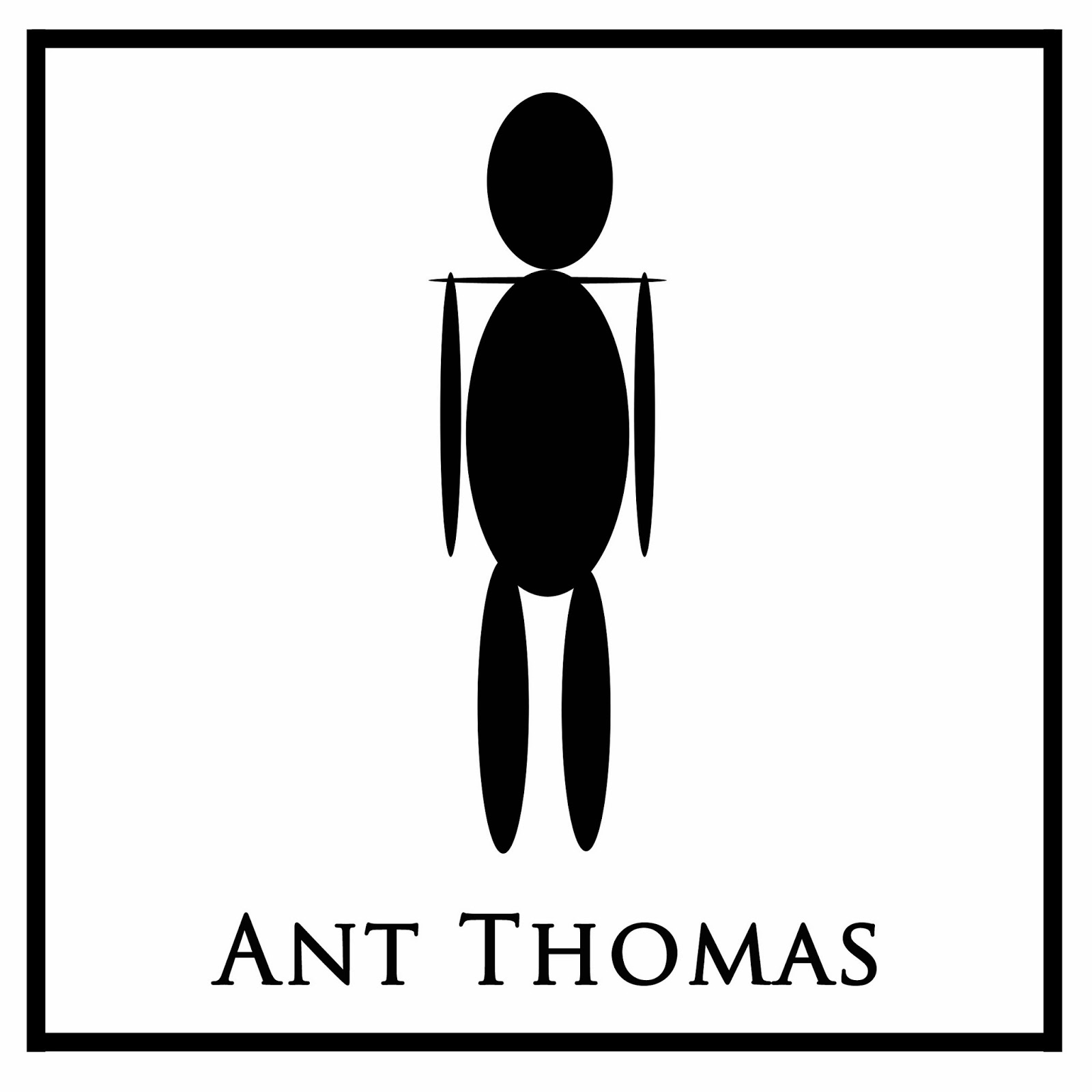 Boston, Ma. - Ant Thomas will release "Renaissance Man 2.0" a documentary film and music soundtrack full album in 2014, and he is hosting a “Renaissance Man 2.0” Launch Celebration on Thursday, February 27th, 2014 7pm-11pm at Storyville.  "Renaissance Man 2.0" is about encouraging leaders and people giving back to their communities in a positive way.  Ant Thomas created a documentary film and music soundtrack that creatively shows the adversity of attending community programs, public schooling, and urban city living, but it also shows the advantages if you are determined to succeed!  Thomas feels he walked a path that could be motivating and inspirational to youth and peers, including his self, who need the encouragement, guidance, pathway, and love.  Thomas also feels his experience and everyday involvement in communities of diverse ethnicities, diverse nationalities, diverse income, diverse geographies, and diverse ages also makes his project highly relatable and worth experiencing.  The message of “Renaissance Man 2.0” is the chilling fact that we are not sharing quality living, but it is possible and it is more attainable if we genuinely work together.  For the "RM2" Launch Celebration event Ant Thomas has selected and invited artists, entertainers, and professionals with various backgrounds to share their testimonials or perform live! The artists, entertainers, and professionals selected are people Ant Thomas feel are extremely talented in their field and people who actively give back to the community within their field.

The Message:
On the record Ant Thomas challenges the inconsistencies of racism and the institutionalism of race and class systems.  “Renaissance Man 2.0” has a goal to develop self-determination, strong morale, personal development, fitness development, and self-pride amongst people.   The project shows with love, goals, plans, and actions all things can be accomplished.  This outlook is about knocking down man made barriers to drive unity, push development, and progress humanity.

To promote “Renaissance Man 2.0” Ant Thomas has been releasing music and videos from the music soundtrack, and he has been hosting events that match the theme of the project.  Ant Thomas released audio poems and poetry videos for “Shackles” and “Dreamsof Making Something Out of Nothing”.    Ant Thomas also released audio music and music videos for the singles, “On Me” and “It’s Going Down”.  Most recently Ant Thomas released “Renaissance Man 2.0” EP on 1.31.14 and hosted two events to promote the shortened version of the Full-Length Music Soundtrack! On 1.31.14 Thomas held a private listening session, where several talented artists from the city of Boston displayed their unreleased music, poetry, & videos! On 2.1.14 Thomas Celebrated the release of his “RM2” EP, where he performed snippets of the EP at Who's On First in Fenway to a crowd of 300 people!

The next event to promote the project will be held at Storyville on Exeter St in Downtown Boston! Storyville is located next to the Copley Library, historic Hotels, the Copley & Prudential Mall, and many more beautiful sites! Storyville is also located in the same neighborhood Ant Thomas grew up in!  The event is titled “Renaissance Man 2.0” Launch Celebration an upscale event for leaders and people who give back to the community!  Ant Thomas has a goal for this event to create an atmosphere for artists, entertainers, professional, and people of various industries to network, experience live performances and music over cocktails, conversation, testimonials, performances, and dance! Thursday, 2.27.14, at Storyville in Downtown Boston from 7pm-11pm.

"Renaissance Man 2.0" the documentary and music soundtrack is scheduled to release late 1st Qtr/2nd Qtr of 2014!

For more information or to purchase tickets, contact Ant Thomas at 617.513.9779 or visit www.antthomas.com

Ant Thomas, Boston native, is son of former bank manager Sharon Howell, and fellow artist Anthony "Ace" Thomas, Sr. Ant Thomas has been an artist his entire life, but has only released a limited amount of material. Ant Thomas has a very diverse background, he is the oldest of 8 children and was able to rise above the disparate socioeconomic life he was born to and exposed to in the less visited sides of Boston. Thomas graduated from Bryant University where he was a varsity football player and basketball player. Two weeks after Thomas received his degree he was working at Ocean Spray as the Retail Operations Manager of the Northeast.

As of March 2012, Thomas decided he would pursue his career as an artist and launch his own company doing business as Thomas Ent. Thomas Ent is the latest addition of many entrepreneurship ventures made by Ant Thomas. 2eucefam LLC, an event planning group Thomas started 4 years ago in the New England area with 5 other childhood friends and family members, is the entrepreneurial venture that Thomas is most known for. Ant Thomas serves as the Director of Sales & Marketing for 2eucefam, creating innovative Marketing Plans.

Since March 2012, Ant Thomas has been using all his past experiences and art previously made in the past to organize and plan and create "Renaissance Man 2.0".  The people who follow Ant Thomas have high anticipation for this project since it has taken almost two years to complete.  The entire project and all events to promote "Renaissance Man 2.0" is about the progression of humanity by encouraging leaders and motivating people to give back in a positive way.

In the months of March and April of 2014 Ant Thomas will team up with City Year to speak and do art workshops with a group of young people at the Rogers Middle School.  Ant Thomas will bring his show production "Influence" to the Mattahunt Community Center.  Here, Thomas plans to team up with Wheelock College Staff and Artists & Professionals from the Boston Area to teach Youth and Young Adults of the Mattapan and Hyde Park areas how to express themselves through writing & performance in an 8 week workshop ending with an "Influence" Event with performances by Youth & Young Adults!

Ant Thomas is committed to providing community service to youth and young people.  Ant Thomas believes that art helps push culture forward in a positive way and studies show that young people who study the arts tend to improve in all other subjects.  Ant Thomas volunteers his time to teach young people art in hope that he creates new artists.  Thomas' goal is to also instill virtue into young people, encouraging them to do something positive and give back to the community.

If you do not intend on coming to any events and would just like to contribute, because you believe in what we are doing, please click here

If you are interested in sponsoring please email us at: info@antthomas.com